Castello Camemi was a fourteenth century fortification owned by the noble family of the Ventimiglia, and a summer residence of the viceroys since 1412 until 1830.

The Ventimiglia were an important noble family, owner of many castles in Sicily, just to name a few : Geraci, Gangi, Castelbuono, Buscemi and the principalities of Belmonte, Buonriposo, Castelbuono, Grammonte, Ventimiglia. At the beginning of the Aragonese period they were so powerful that succeeded to opposethe power of the king, with the help of other noble families. The County of the Ventimiglia extended over half of Sicily from the Madonie Mounts until the foothills of the Nebrodi Mounts.

The earthquake of 1693 destroyed a large part of eastern Sicily. Castello Camemi was thus built again in the XVIII century. Camemi mansion has always played a central role in the life of the surroundings, and has often been cited by Giovanni Verga in the novel “Mastro Don Gesualdo” and in the tale “Pane nero”.

After a long, careful conservative restoration using original materials according to bio architecture concepts, Castello Camemi is now a wonderful boutique hotel and a well-known location for events, appreciated by guests from all over the world. 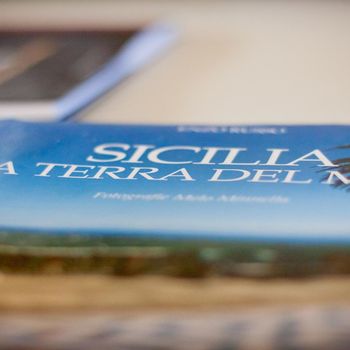